The State of AI in the World of Emotional Digital Content

From artificial intelligence assistants to smart data forms to ever-evolving hiring and matching platforms, AI products are transforming the way businesses operate. As new technologies are integrated into the workflows resulting in “enhanced” workplace experiences, businesses that have taken to early integration are increasingly interested in investing more deeply into how artificial intelligence can energize and accelerate business operations.

Inevitably within any industry embracing the integration of AI systems, this question is eventually raised: will AI replace human jobs?

The State of AI

Fully autonomous AI has found great success in some areas such as the automotive industry, which has made significant progress applying AI to both the self-driving car and auto-manufacturing equipment. However, in the world of human resources, fully autonomous AI is much trickier to apply. Current AI products for recruiting and hiring may cut out a bit of the tedious busywork that slows down an office or even assist a hiring manager by providing observations about an interview. However, right now those products still require human interaction in order to have meaning or achieve desired results.

This type of AI is known as “assisted AI”. Assisted AI has proven to be incredibly useful at handling the heavy lifting such as sifting through data and running algorithms to give a human recipient a variety of results. It does “the 80%” while an employee is tasked with making the “final call” in order to finesse results and determine granular context. While AI may eliminate clunky logistics that slow down a variety of employment management processes, Forbes predicts that the rise of AI software will give way to even more jobs as uniquely human skills become necessary in order to both bridge the AI-human gap as well as oversee the new programs at play. Humans, for the foreseeable future, are still necessary to both assist and administer programs effectively.

AI in the Digital Era

In the digital era, assisted AI has been used to identify publicly available problematic online behavior on social media platforms for a decade. However, the question here instead of “will AI replace these jobs?” might be “How do you automate the assessment of human behavior?” The answer to that lies in the fulfillment of artificial intelligence’s natural end goal: the “theory of mind” concept which involves developing AI that can replicate human behavior, thought processes, and memories. At present, most digital screening firms use a program called natural language processing, which is used to scan user content for keywords that point toward problematic behavior. However, in order for natural language processing to be truly effective, it requires human analysts to fill the gaps between the search results and the context in which any search content appears.

Using AI to assess human behavior is tougher than most think. The best--and perhaps largest--illustrations of the current state of assisted AI is Facebook’s handling of reported content and hate speech on their platform. While Mark Zuckerberg has made it clear that Facebook is not interested in inhibiting the freedom of speech of its users, Facebook still has a system for reporting and removing inappropriate content based on a complex series of community guidelines. Ideally, Facebook would be able to implement a fully autonomous system for evaluating and executing judgment calls. In reality, Facebook has contracted with third-party vendors such as Cognizant and Accenture to moderate reported content and make judgment calls based off of a series of guidelines. In fact, it is precisely because it is so difficult to moderate the cultural complexity and nuanced context of human behavior that Facebook has moved to create an independent Oversight Board--a “supreme court” of sorts where qualified, distinguished humans will make final decisions about extreme cases of reported content.

The reality of Facebook’s content monster does not mean that AI applications in this area aren’t exciting or innovative. The key to the future of digital screening--ever closer to the “theory of mind”--is to algorithmically solve for human behavior, which extends beyond speech-derived keywords like “weed” or “guns”. These programs help to accelerate human judgment instead of replace it, which naturally reveals the next exciting step in the development of an autonomous screening program: independent, human-like judgment. To put it into a biology metaphor, the future of AI requires development the opposite way our human brains have evolved. Current AI technology is optimized around mimicking the neocortex part of the human brain - the part that controls rational, analytical thought and language. This is the “newest” of our homo sapien brains. The future of AI will be to mimic the functions of our limbic brain - the part that is responsible for all of our feelings, behavior, and decision-making and is the most basic of our mammalian instincts. The future of AI then, is to feel.

As the firm that pioneered digital screening, Social Intelligence’s proprietary technology has been innovating and learning the nuances of behavioral triggers for a decade. We continue to refine and innovate our technology everyday as it learns more about how to discern behavior, feelings and emotions to be one step closer to the vision of fully-autonomous digital screening. 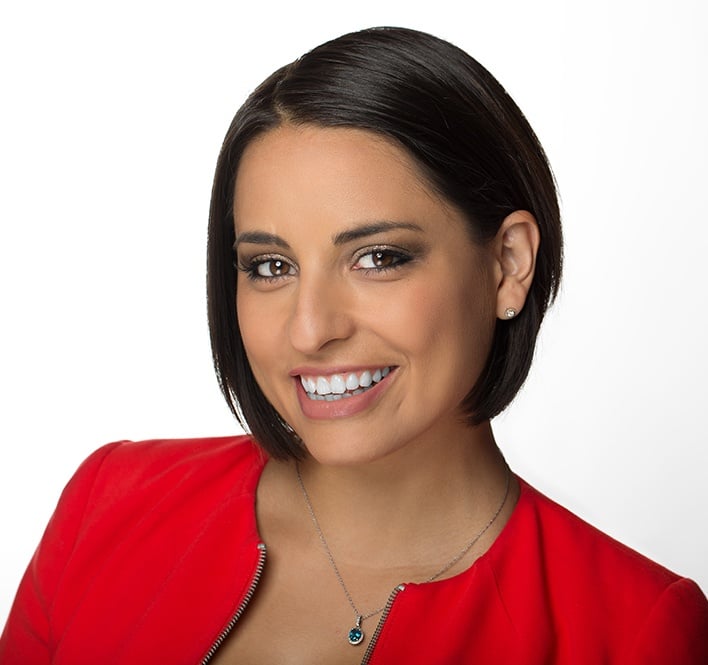 Bianca is the President of Social Intelligence. By driving the vision for Social Intelligence to provide productive, ethical and innovative solutions, she has spent her time working closely with Fortune 500 companies and non-profits alike to create safe and discrimination-free workplaces. Bianca obtained an MBA from Pepperdine University with a concentration in Dispute Resolution and is a LinkedIn Learning author.